Judge Roy Moore is a life-long Alabamian and a committed constitutional conservative that has stood up for liberty and religious freedom his entire career.

Judge Moore graduated from Etowah High School in Attalla, Alabama, in 1965 and from the U.S. Military Academy at West Point in 1969 where he received a Bachelor of Science Degree in Arts and Engineering. He then served in the U.S. Army as a company commander with the Military Police Corps in Vietnam. After the Army, Judge Moore completed his Juris Doctor degree from The University of Alabama School of Law in 1977.

During his legal career, Judge Moore became the first full-time Deputy District Attorney in Etowah County, Alabama, and served in this position from 1977 until 1982. In 1984, Judge Moore undertook private practice of law in Gadsden, Alabama. 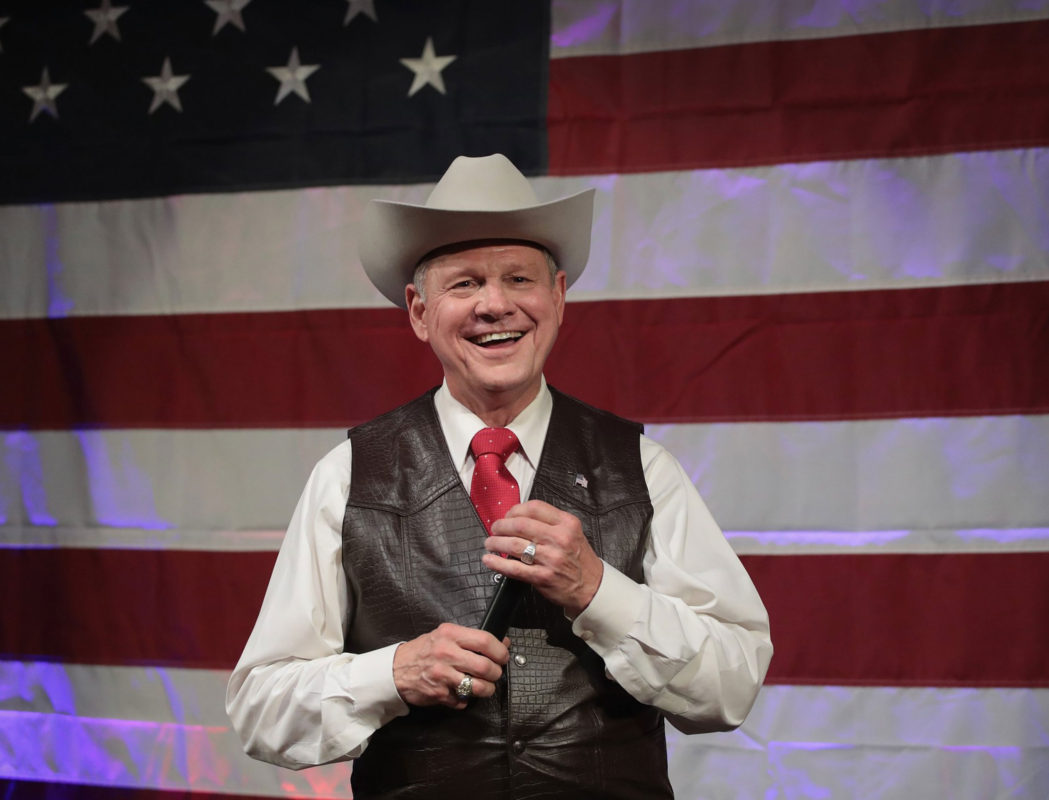 In 1992, Judge Moore became a judge of the Sixteenth Judicial Circuit of Alabama and served until his election as Chief Justice of the Alabama Supreme Court in 2000. In 2003, Judge Moore was removed from his position as Chief Justice by a judicial panel for refusing to remove a Ten Commandments monument that he installed in the rotunda of the Alabama Judicial Building to acknowledge the sovereignty of God

From 2003 until 2012, Judge Moore served as President of the Foundation for Moral Law in Montgomery, lecturing throughout the Country and filing amicus curiae briefs regarding the United States Constitution in Federal District Courts, State Supreme Courts, U.S. Courts of Appeal and the United States Supreme Court.

Judge Moore was overwhelmingly re-elected by a vote of the people of Alabama as Chief Justice of the Alabama Supreme Court in November of 2012 and took office in January of 2013. In 2016, Judge Moore was suspended for upholding the sanctity of marriage as between one man and one woman. He retired to seek the office of U.S. Senate in 2017.

Judge Moore and his wife, Kayla, have four children and five grandchildren. They are members of First Baptist Church in Gallant, Alabama.